We installed this roof in 2012. The homeowner called us out in November of 2015 because the chimney was leaking. After a detailed inspection of the chimney and flashing, it was determined that the water was being absorbed through the brick and being expelled in the attic space. This is an issues known as efflorescence. Efflorescence is a crystalline, salt substance that appears on brick under extreme moisture conditions. It will appear as the moisture in the brick pushes out and evaporates, leaving the salt behind. The solution to this problem is pretty simple. We pressure washed the chimney and sealed all cracks and voids. Once the chimney dried out, we applied a masonry sealer by HydroStop. No more leaks! 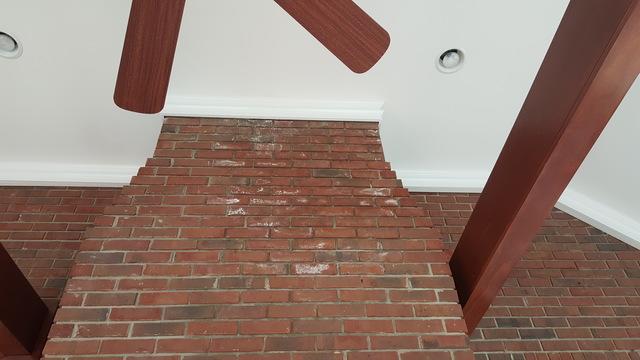 Picture of Chimney from Inside the House

Notice the salt deposits on the brick. 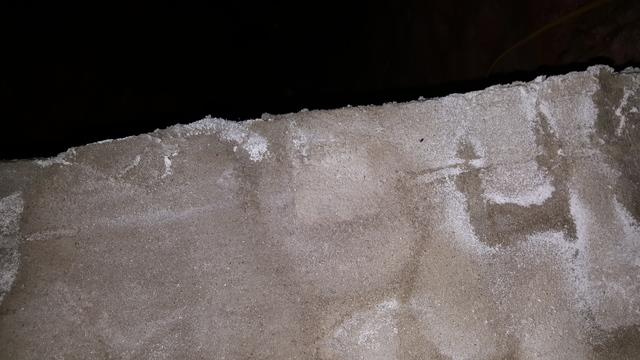 Picture of chimney from inside the attic 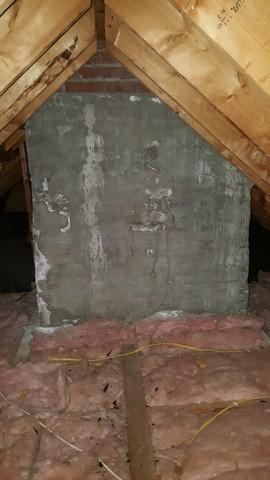 Overall Picture of the Inside of the Attic

This is the overall picture of the chimney from inside the attic. 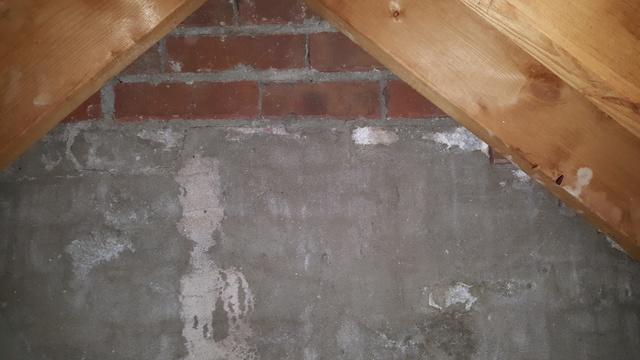 Notice where the water came out of the cracks and started seeping down the face.

Back to Previous Page